Silk Route Global is your virtual shopping route to Central Asia.  Like the merchants on the ancient Golden Road you will be transported to the marketplaces of Central Asian masters and their myriad of exquisitely handcrafted pieces which have all been hand picked and transported the 4,000 mile journey from Samarkand and Bukhara to London.

Samarkand is in fact the birthplace and hometown of the owner of Silk Route Global.

Silk Route Global prides itself on its authenticity. This unique and specialist business was founded in 2017 by the Director Lady Guli Sheikh and her husband the Lord Mohamed Sheikh, a celebrated businessman, philanthropist and life peer who sits in the House of Lords, the upper house of the Parliament of the United Kingdom.  Lady Guli Sheikh is herself descended from a merchant family in Buhkara and Samarkand, and she can unequivocally lay claim to a long family history of master artisans and specialists in the traditional arts and crafts of this region. 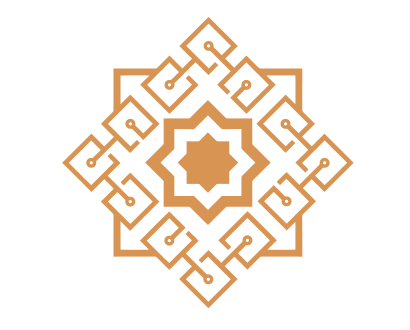 Silk Route Global prides itself on its authenticity.

Every exquisite item provided for you at Silk Route Global has been handcrafted by a skilled master from the Central Asian region.

Handcrafted by our skilled masters

Every exquisite item provided for you at Silk Route Global has been handcrafted by a skilled master from the Central Asian region.  Uzbek pottery has long been one of the most admired around the world. The potters and craftsmen we work with are held in the highest regard and produce ceramics from their workshops in Bukhara, Gijduvan, Rishtan and Samarkand. Each region has their own tradition.  These skills and traditions have been passed from father to son from mother to daughter for seven to eight generations and our master craftsmen can trace their family artisan practice back for centuries.

Alisher Nazirov, a master-instructor from Rishton, is an outstanding modern Uzbek ceramist.As is customary in the East, Alisher Nazirov began studying the craft from a young age. His teachers were the best Rishton masters: Usto Eliboy Daliev, Usto Abdukadyr and his son Kimsanboy Abdukadyrov.

He has made a significant contribution into the preservation of the cultural heritage of his country, having restored the ancient traditional forms and patterns of Rishton ceramics discovered by archaeologists, which he later transferred to ceramic articles.

Rishton ceramics is distinguished by a special flavour of all lapis lazuli and turquoise shades. The patterns reproduce the diversity of the surrounding world: flowers, tree branches and fruit. Today, as it was hundreds of years ago, ceramics is painted manually. The masters reveal their individuality in the unique manner of painting, while maintaining the strict canons of traditional folk art.

Rustam Usmanov’s art amply reflects the culture of the Fergana valley and the rich ceramic making heritage of Rishtan town, the oldest centre of ceramic art in Central Asia.Master Rustam Usmanov spent many years studying the art of ceramics, using old books and studying museum collections. His works have won a special place in the applied arts of Uzbekistan. The strength of will and love for his work helped him to convey his knowledge to his student and nephew, Elnur Murzakaev, who quickly became an independent creator. Rustam’s children with the same wish absorb their father’s craft. Their creative works can be easily distinguished from others, as they are filled with children’s sincerity and a completely different vision of all that is beautiful.

The precision of his beautiful paintings and the richness of their pattern themes give a unique, hard-to-reproduce character to each of his works. He derives his inspiration from the vast range of shapes abundant in nature, which include flowers, shapes of urns and teapots, and calligraphy, which is the cornerstone of Uzbek culture.

Since independence Rustam has set up his own workshop in Rishtan. He is a member of the Art Academy of Uzbekistan, and a winner of the UNESCO Award of Excellence for his blue Rishtan ceramic pottery. His work is displayed in the State Hermitage in Saint Petersburg, and much sought after worldwide.

Alisher Narzullaev – one of the most known and recognised masters of ceramics of modern Uzbekistan, was born in 1953. After study at school Ulugbek №3 at Gizhduvan, he has successfully ended the Samarkand architecturally-building institute. Worked on building by the master, the construction superintendent, the engineer. Was in good repute, it prepared on a supervising post, there were many tempting offers.

But, where Alisher would not work, he always pulled to potter’s craft. He spent all free time at the potter’s machine tool and, eventually, was engaged in this craft seriously and professionally, having achieved magnificent results.

Usto Alisher Narzullaev – the owner of the Certificate «Halkaro lips» (the Master of the international scale). The General director of UNESCO Federiko the Major handed over it personally.

Works of art created by Usto Alisher Narzullaevym possess the richest readiness of patterns, a subtlety and grace of their execution. He is especially live and are convincingly treated tsvetochno-vegetative motives. In its works the great skill of a writing of a decor and art expressiveness is felt.

Usto Alisher Narzullaev’s works are stored in a museum of Arts and crafts and the State museum of History, in the Museum of World Bank and the Museum of cultures of the people of the East, in a museum of embassy of Japan in Uzbekistan, and also in museums and private collections of Germany, Japan, the USA, Switzerland, and other countries.

Ahmad Arabov was born in 1955 in the city if Bukhara. Since 1998 is a member of the regional association “Hunarmand”.

Many old paterns were recreated by the master – working on the reconstruction of ancient canvases and suzanes, he restored more than 20 patterns of ethnic embroidery.

At the Republican and Regional competitions , the master successfully presebted his products : suzane , miniatures ,pillowcases , men’s and women’s national clothing.Works of the master were successfully exhibited at international exhibitions in the USA , Kazakhstan and Germany. In France , Italy , Israel , Turkey , Japan and China he was awarded with certificates and valuable prizes.

In 2006 Ahmed Arabov took part in the SantaFe trade fair held in the USA.In 2008 , the master was awarded the 1st place in the nomination “Best Crafts-man” at the competition “Tashabbus-2008” in the city of Bukhara.In 2011 he was awardedthe order dedicated to 20th anniversary of Independence of the Republic of Uzbekistan.

Also Ahmad Arabov from Bukhara region was recognized as the “Best artisan of the year” at the competition “Tashabbus-2017”.

The master has trained over 100 followers of his craft and is recognized as one of the best embroiders of the Republic.

Haji Mohammad Ewaz Badghisi – the weaving of rugs is not a job, it is his life. Ancestors of Haji Baba dedicated three hundred years to this art. Moreover, this dedication accompanied him and his family during the most difficult periods of their life. And they experienced many.

In the early 20th century Central Asia was annexed to the Soviet Union and Haji Baba’s family had to leave their Turkmen homeland and move to Afghanistan to avoid expropriation of their property and the banning of their art: weaving was considered private entrepreneurship.

In Afghanistan, Haji Baba worked hard to preserve authentic Central Asian designs and weaving secrets. Moreover, he did everything to tell the world about the art of Central Asia. Haji Baba even lectured at university in the United States, where he shared his knowledge about natural vegetable dyes and carpets. However, a peaceful life in Afghanistan and opportunities to create there were also interrupted, first by the Soviet invasion in 1978, then by the domination of the Taliban in 1992.

Thus in 1992 Haji Baba’s family left Afghanistan and settled in independent Uzbekistan, where the new government supported initiatives on the Revival of Lost Arts. Haji Baba opened a school-workshop in Samarkand to teach everyone interested in the art of carpet creation: from unwrapping the cocoon, spinning and dyeing silk through to weaving a masterpiece. Haji Baba preserved weaving traditions and passed these traditions with love and respect to his large and friendly family.

Product has been added to cart